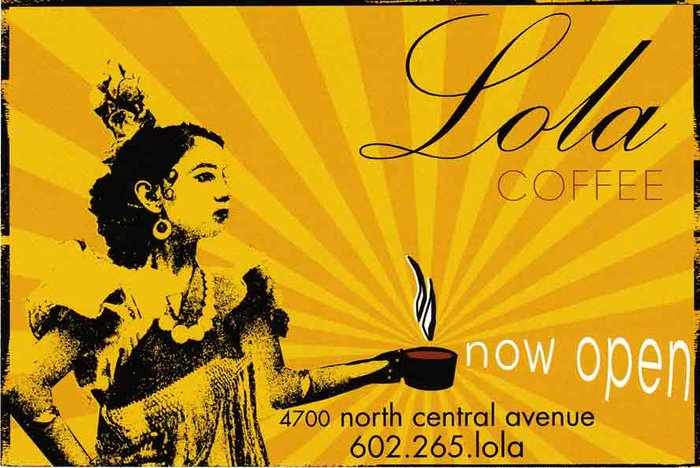 Little Lola is growing up, and she’s taking over Phoenix. Entering her gangly tween years, we might be calling the next concept Lourdes (but let us hope never Lolita).

Small success after small success, Daniel Wayne, the former brains behind such beloved Midtown Phoenix institutions Lux Coffeebar, Lola Tapas, and LT’s accouterment Lola Roastery (as in coffee not chicken), has once again entered the local ring of food and drink.

After a proper renovation, Lola Coffee has set up shop in the center of one of Midtown’s hippest (and most eclectic) shopping plazas.

And another parking nightmare.

Much like Mister Wayne’s former coffee gold mine down the street (Lux, shhh), Lola’s atmosphere and aesthetics also effortlessly blend the overtly hip with straightforward comfort. Just to be safe however, if you happen to travel with any personal electronics that are not Apple-branded, Starbucks may still be a better option.

Some things always go without saying.

Website by Lola, coming soon? Open daily at 7am.